Contrary to Popular Opinion, Cats Are No Good at Catching Rats 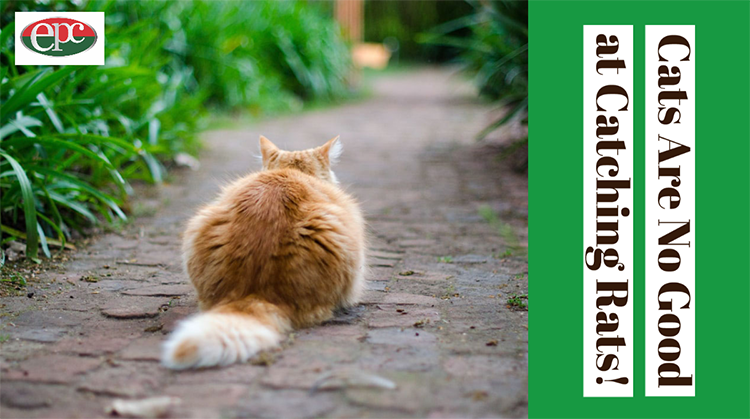 Humans have tolerated the haughty demeanour of cats for at least 10,000 years, in large part because their furry feline friends are so good at keeping vermin, like mice, under control. But new research, published recently in the journal Frontiers in Ecology and Evolution shows that cats – while quite good at slaying small birds and mice – may have very little impact on rat populations.

In 2017, Fordham University's Michael Parsons made like a modern Pied Piper, microchipping and monitoring about 60 rats living in a Brooklyn, New York recycling center. The team manipulated the rat population by unleashing various rat pheromones to see how those chemicals would affect the rats' behaviours. These experiments had an unintended side effect, as feral cats, probably attracted by the smell of potential prey, slinked into the building. Read the full article HERE

Wasps can be bothersome and painful, but they're an important part of the natural ecosystem. For example, wasps pollinate flowers and prey on other insects and pests that damage crops and gardens.

When you see a wasp, do not swat it away. This Swatting movement will put the wasp in defence mode and make it more likely to sting you. If a wasp comes near you, the best thing to do is stay calm and slowly walk away. The HSE have some good information on Wasp Stings HERE

Our 3 Step Plan for treatment of Wasps on your Property 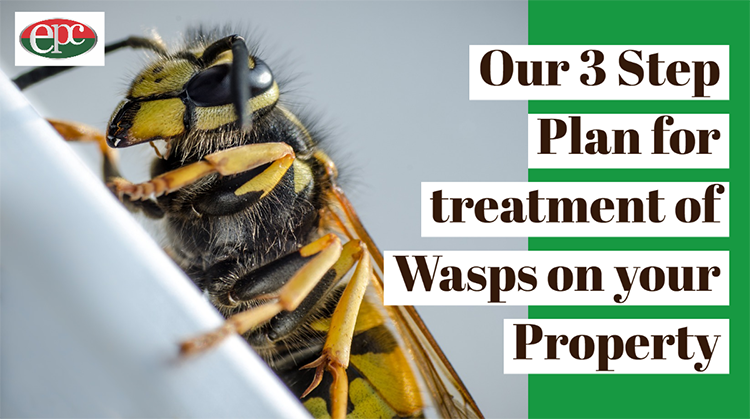 Stinging insects, like bees and wasps, can be a nuisance during the warmer months, when they are most active. We have more than 18 years’ experience in dealing with them. For information on our Wasp Treatment Service click here

When you call us out, we will thoroughly inspect the areas for Wasp nests and make sure everything is safe before we start. Ideally, we locate the nest or hive on your property, take necessary steps to prevent a swarm reaction to our activity and then determine if nest removal is possible and or apply a suitable pesticide to eradicate. The 3 Steps are

Rodents In The Home

Rodent infestations in your home arise because the habitat and the environment provide them with the key means to survive – Food – Water - Shelter. The rodents may have access to food from unsecured bins, bird feeding or build up of rubbish and the water they need, as well as somewhere dry to live, shelter move around and to breed successfully. The more the availability of these factors is limited - the lower the level of rodent activity that it will support.

EPC can provide a free survey of your home to ascertain if these key elements are available and possibly causing any infestation you may have. One of the objectives of the survey is to identify where the rodents might be feeding, drinking and finding shelter, as well as the routes they were taking to exploit the environment.

Our solution to your Bed Bugs problems

Bed bugs are a big problem, more common than you might think. We identify, target and kill Bed Bugs infestations around your home using safe and environmentally friendly products which are only available to licensed technicians. We arrive on time and leave your home exactly the way we found it. Our solution is convenient for you as well, because there is no need for you to leave your house and there will be minimum disruption to you and your family as we set about the task of bed bug control in your home.

EVER WONDERED WHAT IS COVERED IN A PEST CONTROL CONTRACT?

This is us - Eastern Pest Control was set up in 1989 so we are familiar with all aspects of Pests and Pest Control. We are a fully owned and operated Irish company dedicated to delivering a professional and efficient pest control service.

Our professional and friendly Pest Control technicians are fully trained to IPCA standards, hold Accredited Technicians certificates and have completed training in CRRU and Wildlife Aware programmes. We use unmarked vans so the visit to you is not highlighted to your neighbours.

CHECK YOUR PREMISES FOR PESTS WHEN YOU REOPEN

Many buildings have been empty during Covid. A pipe may have leaked. Bins might not have been cleaned out correctly. Dry goods may have been tampered with. If you discover that rats entered your business please be very careful. Rats causes a number of problems because they are the natural hosts of fleas that may carry bubonic plague, murine typhus or endemic typhus etc. To find how they arrived, look at the world as they do - Gaps, holes or cracks are open doors to them

Flying Ant Day is a Thing - Who knew?

To explain what this is - The insects take to the skies around this time every year for mating season in a phenomenon known as #FlyingAntDay. The flying ants are potential new female queens and male ants embarking on a mating flight. Once they have mated, on the wing, the females drop to the ground and attempt to start a new colony. Most of them will not make it, becoming bird food or dying before they are able to produce worker ants (their daughters) and develop a new colony. But some will go on to head up new colonies that will eventually produce their own flying ants. This annual phenomenal has already started for 2020 with the UK Met Office tweeting radar images of swarms so big over some parts of the country that they look like rain. Check out the Tweet HERE

WASPS can cause alarm at this time of year!

Wasps are most active in the late summer months. If you disturb them or they feel threatened, they can be aggressive. No one wants a wasp sting which can be very painful and even cause an allergic reaction.

Wasps build their nest from saliva mixed with dried timber and chewed bark which results in a beige/light grey colour construction with a papery like appearance. The Nests can be suspended from trees, nest boxes, rafters in attic spaces, garden sheds, cavity walls – are sometimes formed underground.

Our Hawk Kite Bird Control kites are true lifelike reproductions of real hunters of the sky. They are excellent flyers and being light weight in construction they will fly in the lightest breeze –  tethered on a roof top make an excellent bird scaring tool.  To see the Hawk Kite in action Click HERE

Designed for use on Office Blocks, Residential Use and Farms.

Give Us A Call On

Are you looking for a flyscreen?